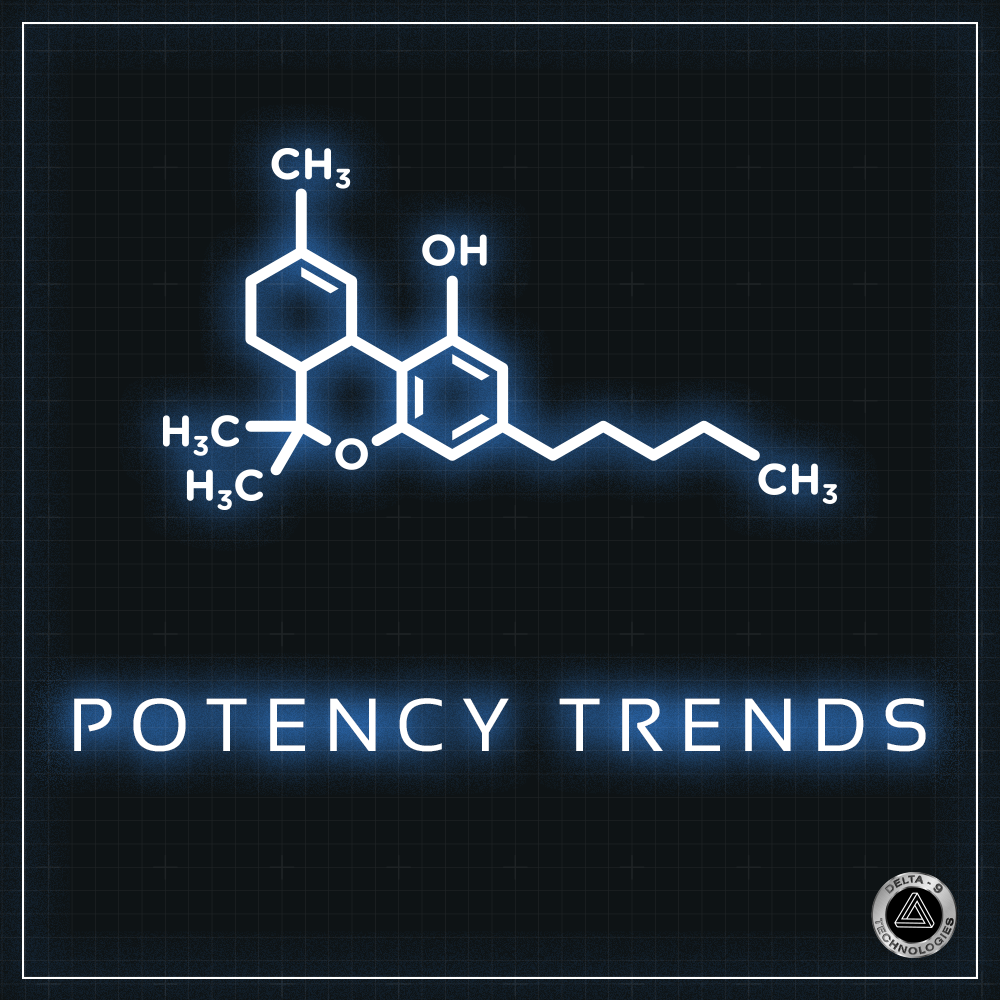 Historically, C. sativa indica originating from Southeast Asia has been known for its high levels of D9-THC. Until recently, it was unclear whether the high D9-THC cultivars were present prior to human intervention. Genetic evidence suggests that the high BT allele frequency, responsible for D9-THC production, was present in C. sativa indica prior to human domestication (Hillig & Mahlberg, 2004). These data indicate that natural evolution played a prominent role in C. sativa indica cultivars with high levels of D9-THC, and predated selective breeding practices. Within recent decades breeders have brought the D9-THC content to unprecedented levels not observed for a single component in a plant species. A potency monitoring report put forth in collaboration between The University of Mississippi and the National Institute on Drug Abuse (NIDA) identified levels up to 37% D9-THC out of 45,603 cannabis inflorescences confiscated from internationally from 1993 – 2008 (Mehmedic et al., 2010). The High Times Cannabis Cup is a competitive event for breeders to showcase their superlative cannabis products. The organization submits competitive strains for independent testing and reports that the highest strains are in the 25% range (Hellerman, 2013). The high D9-THC levels achieved over the recent decades has largely been attributed to selective breeding, indoor cultivation, and worldwide access to potent seed varieties (Brenneisen, 2007). From 1980 to 2008 the average D9-THC content in confiscated cannabis rose from 1.5% to 8.8% and was the direct result of human intervention (M. A. ElSohly et al., 2000; Mehmedic et al., 2010).

Cannabinoid levels other than D9-THC have remained relatively constant from 1993 to 2008. For example, average CBD levels have gone from 0.2% in 1993 to 0.4% in 2008 (Mehmedic et al., 2010). However, high-CBD medical cultivars with up to 18% CBD have recently been developed.  High CBD cultivars include Harlequin, ACDC, Cannatonic, and an Israeli strain, Avidekel. Despite the high CBD levels in these cultivars, they fail to meet the 0.3% D9-THC threshold to be defined as hemp. Agricultural hemp cultivars producing up to 5% CBD have been described in the literature. However, the high CBD hemp varieties also tested above the legal limit of 0.3% D9-THC, and could not be cultivated as agricultural hemp (Virovets, 1996). An analysis of over 100 Italian fiber-type hemp samples indicates that CBD values range from 0.07 – 2.3%, while the D9-THC values ranged from 0.01 – 0.44% (Rustichelli et al. 1998). These data suggest that the 5% CBD hemp cultivars were outliers and selected for high CBD cultivar breeding projects. Alternatively, other hemp cultivars have been developed that produce little to no detectable cannabinoids (Virovets, 1996).