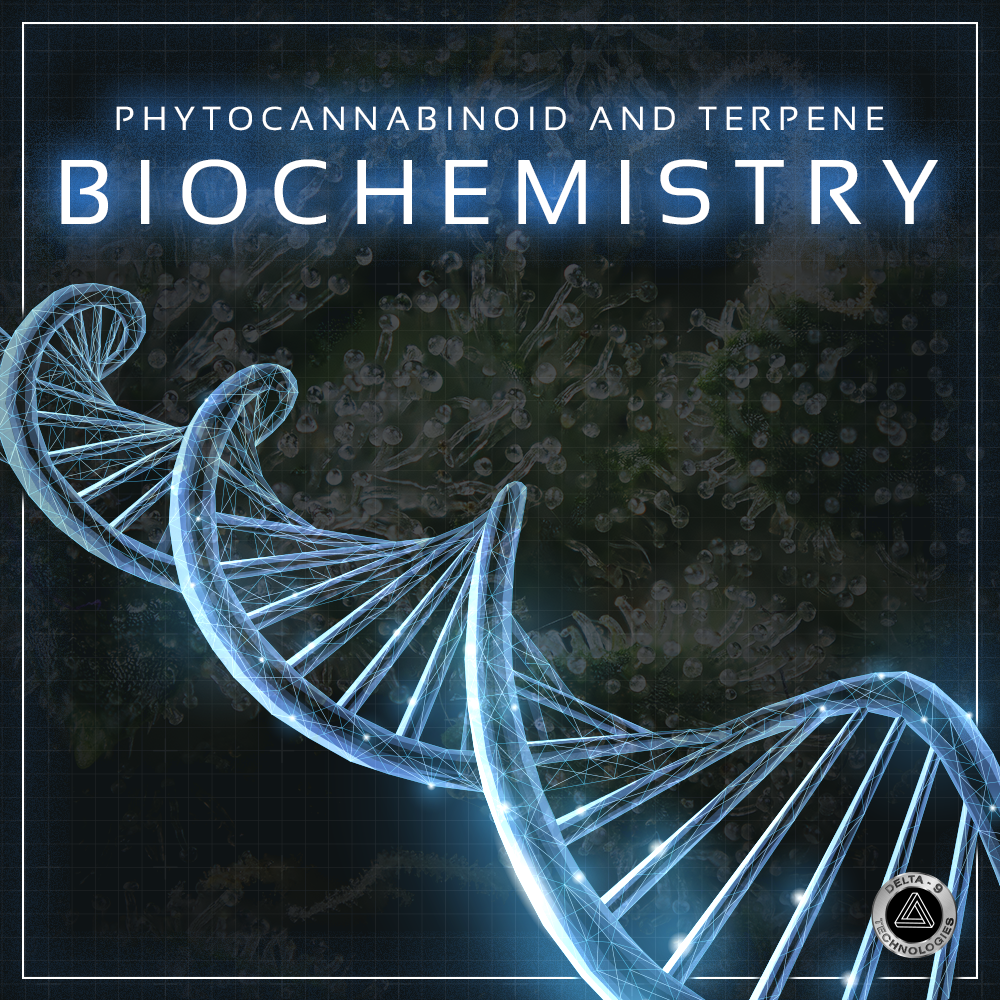 Terpenes, phytocannabinoids, flavonoids, lignans, coumarins, polyketides, and lipids are produced through shared biosynthetic pathways inC. sativa(Figure 6). Phosphoenolpyruvate is a key intermediate in the biosynthesis of many plant compounds and is produced through glycolysis. One pathway exploited by plants is the conversion of phosphoenolpyruvate to shikimic acid. Shikimic acid is the precursor to flavonoids, lignans, and coumarins. Alternatively, phosphoenolpyruvate can be catabolized to acetyl coenzyme A, which is a building block for botanical lipids and polyketides. Cannabis has specially adapted type III polyketide synthase and olivetolic acid cyclase enzymes to convert acetyl coenzyme A to olivetolic acid (Gagneet al., 2012). Acetyl coenzyme A is also consumed in a competing biosynthetic pathway leading to geranyl diphosphate. Geranyl diphosphate and olivetolic acid are both downstream products derived from acetyl coenzyme A. Interestingly, geranyl diphosphate and olivetolic acid can be enzymatically coupled by olivetolate geranyl transferase in CBGA biosynthesis (Markset al., 2009). Geranyl diphosphate also acts as a substrate in monoterpene (Tauraet al., 2007) and sesquiterpene (Sell, 2009)  biosynthesis. The abundance of each cannabinoid and terpene is modulated by the relative expression and efficiency of the competing enzymatic pathways. Terpenes are produced in low levels compared to cannabinoids inC. sativa.