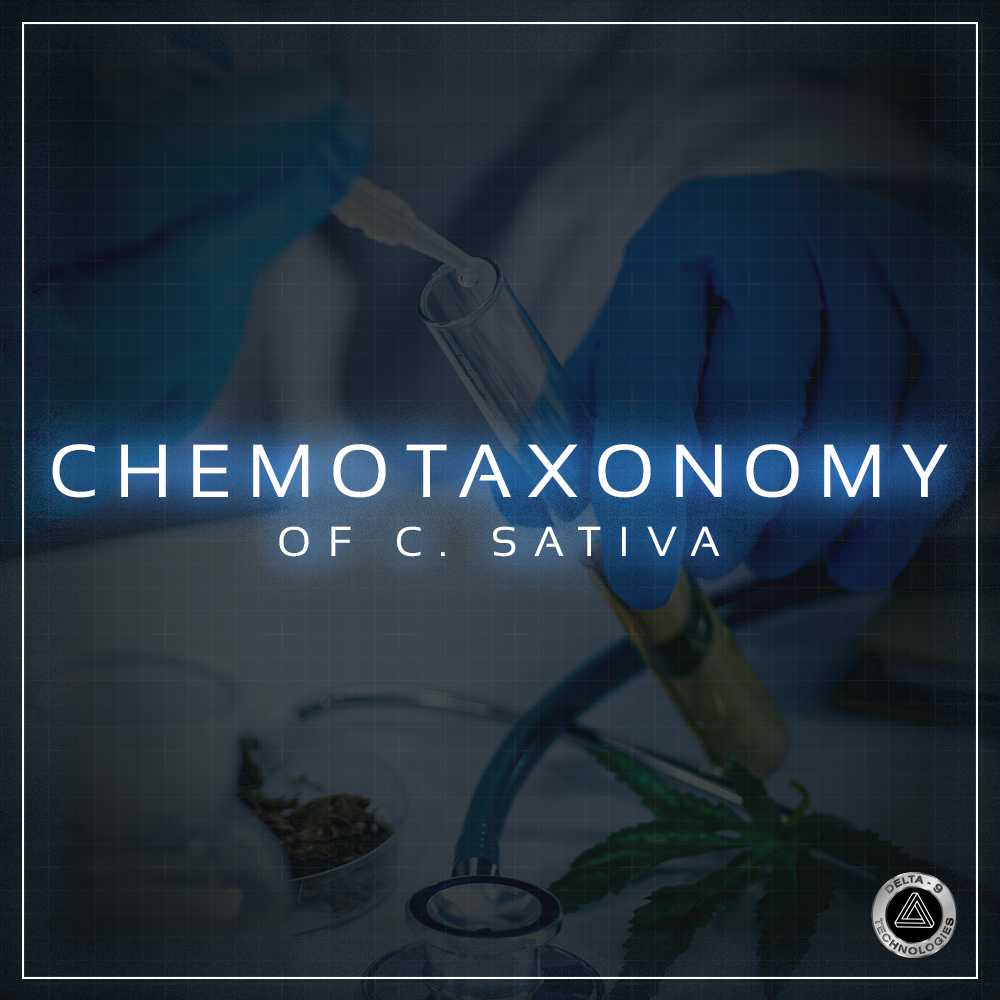 Chemical phenotypes (chemotypes) can be useful to classify C. sativa as drug- or fiber-type varieties. The United Nations Office on Drugs and Crime categorizes C. sativa into three chemotypes based on the proportion of THC and CBN relative to CBD (Equation 1) (Drugs, 2009). Chemotype I (drug-type) cultivars are characterized by X values greater than one, while values lower than one are representative of chemotype III cultivars (fiber-type). The evidence suggests that drug-type, or chemotype I C. sativa cultivars with high levels of D9-THC originated from below the 30 oN latitude (Hillig & Mahlberg, 2004). CBD-rich cultivars containing low levels of THC are regarded as fiber-type, or chemotype III cultivars. Chemotype II cultivars are characterized by equivalent levels of D9-THC and CBD, and along with chemotype III cultivars, are typically found above the 30 oN latitude (Hillig & Mahlberg, 2004). Hillig and Mahlberg (2004) used a statistical approach to define chemotaxonomic trends in C. sativa, and found that most cultivars fell outside of the arbitrary values set by the United Nations on Drugs and Crime. They demonstrated that most cultivars clustered into either chemotype I (X > 10) chemotype II (0.2 < X < 10), or chemotype III (X < 0.2). The relative cannabinoid levels in C. sativa remain constant from the seedling stage throughout the plant lifecycle,(Broséus, Anglada, & Esseiva, 2010) making it possible to determine the chemotype at early development stages prior to flowering (Barni-Comparini et al. 1984; Vogelmann, Turner, & Mahlberg, 1988).

Hemp- and drug-type cultivars are members of both C. sativa sativa and C. sativa indica subspecies. Chemotaxonomic analysis is useful to differentiate hemp from drug-type C. sativa based on acceptable levels of D9-THC established by regulating bodies. However, cannabinoid detection methods have not been useful to distinguish C. sativa sativa from C. sativa indica. On the other hand, incremental progress has been made distinguishing the subspecies using terpene fingerprints, but have not provided the practical level of significance for routine application (Hillig, 2004). More recently, the draft genome of C. sativa has been published opening new opportunities to identify genetic markers unique to C. sativasubspecies (van Bakel et al., 2011).